Confessions of a hedge fund partner in 5 inch stilettos 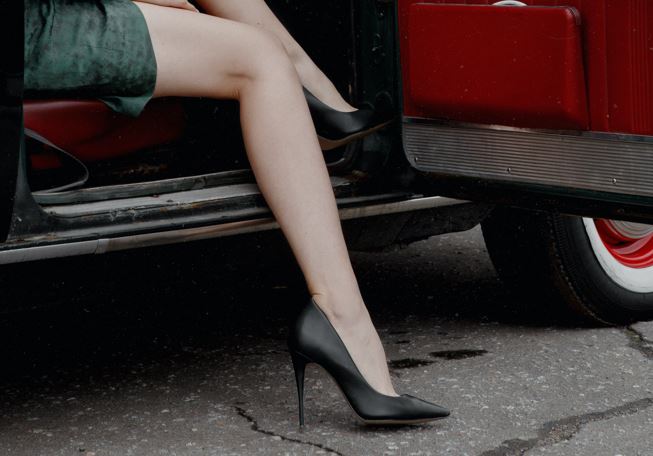 It's not easy being a woman in hedge funds. As Dominique Mielle, a former partner at Canyon Capital, a fund with $25bn in AUM observes, most of the women who are said to be in the industry aren't actually working for hedge funds at all - they're bankers, accountants or lawyers on the periphery. And if they are in the industry, they typically occupy “soft” functions, like marketing or investor relations.

Mielle wasn't that kind of woman in hedge funds. She retired in 2018, but during her 20-year career she was always an investor and became a senior portfolio manager and a partner in a distressed bond fund.

In her new memoir, Damsel in Distressed, Mielle offers her insights into what it's really like to be an uncompromising and uncompromised woman in the hedge fund industry.

"A widespread misconception about the hedge fund profession is that you must be either a math geek or a sleazy dealmaker to succeed," says Mielle. Investing is in fact a creative job, she adds: it requires "imagination, ingenuity, and guts," plus "innovative thinking" and "flashes of intuition."

If you're a distressed bond investor, it also to, "be a good listener and open-minded, capable of boiling down complicated facts into simple explanations, negotiating and multitasking."

Miele says women have these skills in equal quantity to men: it's just that they're turned off hedge funds by, "the cultural preconception that skills in mathematics, and related fields like finance, are associated with masculinity."

These cultural preconceptions lead women to, "arbitrarily underassess their abilities to perform at the highest seniority level in a finance career and consequently opt out of it." By comparison, Mielle says "men overrate their competence level and jump right in."

Getting in is the hard part

Irrespective of your background, if you have talent and ability, Mielle says you can use the financial services industry to engineer an "explosive rise in status." Pointing to the likes of George Soros (escaped Nazism, was a railway porter and waiter to finance his education), and Phil Falcone (one of nine children from a 'rather poor family in Minnesota') - both men - Mielle says hedge fund careers can transform your life. "If you got your foot in the door, and you were smart, you could expect more than a good living from a hedge fund job. You could make a killing. You just had to get in; that was the tough part..."

If you want to be a portfolio manager in a hedge fund, you'll start out as an analyst. When you're an analyst, you'll need to stick up for your investment recommendations when they're challenged.

"There is a defined amount of capital to be invested," says Mielle. "If one analyst is gutsy and convincing enough to push for a $100 million investment, there’s that much less money for everyone else to use."

As a woman making investment recommendations, Mielle says she felt she had to be, "more forceful, more aggressive, more persistent, more willing to put everything on the line," than her male colleagues. "- If anyone thought that I was vulnerable and would stand by silently—let alone cooperate—while someone stole my thunder, they were mistaken."

Because of this, she became known internally as "the Velvet Hammer" (her own 10-year-old son described her as “nice, with a tendency to go nuclear.”)

And being forceful is ok...

"Naturally, I am well aware of the absurd decorum requiring that women who want power should also be nice and that they should temper ambition with warmth," says Mielle. "But here is the genuine beauty and justice of the investment job for outsiders: the point is to make money. In the end, the market, not people’s perceptions of who you are, is the supreme judge, with no further appeal. I was called a few savory epithets over the years, including ballbuster, bad cop, and my personal favorite, Saint Pit Bull. I find them rather humorous and the last one particularly endearing..."

Because the market is the ultimate arbiter, you can be who like. Mielle, who was educated in France, is a fashionista and loved dressing up for the office. She arrived for her Canyon interview in 5-inch heels and was asked if she'd dressed-up especially. She also wore thigh-high boots to the office (prompting a colleague to ask her she left her horse).

Men in finance tend to be short in stature, Mielle observes, making it difficult when her heels made her taller than them.

But it's not about what you look like. When traders asked her junior analysts, “What does Dominique look like?”, she would retort, "Is the bond cheaper if I’m good-looking."

There is passive sexism and there is active sexism. You will experience both

If you're particularly unlucky as a woman in hedge funds, you'll experience the kind of active sexism alleged by Lauren Bonner in her 2018 case against hedge fund Point72 (where the men allegedly hung whiteboards proclaiming, "PUSSY” in their office, and said things like, "Do you want to f*ck her? You can. She works for me." - Bonner settled out of court in 2020, so the allegations were not verified). If you're just run-of-the-mill unlucky, you'll come across the "preconceived ideas about women, clichés, societal expectations, antiquated behaviors, and harebrained judgments," that Mielle says hang in the air "like the pungent smell of testosterone."

In Mielle's case, this included a client who declined to argue about the merits of an investment because she was a woman, a name tag that said "analyst" when she was a partner, or meetings that began with “Hello, gentlemen."

Women want the money just as much as men

Mielle retired before she was 50 and has since discovered a love of horses and playing polo. Every year, she says she'd tell her parents how much she earned, and they'd treat the number like a badge of success and status. She bought diamond rings. She bought art. She bought fashion.

Mielle, who initially thought she didn't want children, has two. When she announced her first maternity leave and an analyst asked me what she had planned for her “vacation,” Mielle told him: “I’m going to pop the baby out and get wasted...Maybe drugs.”

She notes that men never get asked how they deal with fatherhood and is scathing about Paul Tudor Jones' claim that breastfeeding and motherhood kill women's investment ability ("As soon as that baby’s lips touched that girl’s bosom, forget it," said Jones at a conference in 2013.) - "As soon as a male trader sees boobs bigger than his head, every investment idea is overwhelmed by the desire to understand what’s going to make his thing go up,” says Mielle.

Working mothers are good for children

Mielle recalls how she once visited the wrong class for a parent-teacher evening. "I bet you can be a truly lousy parent if you are a full-time mother who believes that your life revolves around your children and nothing else appeals or makes you curious, excited, joyful, and personally fulfilled," she says. "Here’s an idea: your child is not an extension of you..."

You can still have values

Mielle left finance because she says the hedge fund industry has become "bloated" but also because she was unhappy with America under Trump and with her colleagues who'd voted for his lower taxes, "while ignoring his social agenda and personal views." Going to the office, "became a drag." She quit on the 1st January 2018 and hasn't looked back.

Photo by Nadezhda Diskant from Pexels