Morning Coffee: UBS's shock new CEO, and Barclays installs some spyware to see if you’re “in the zone” 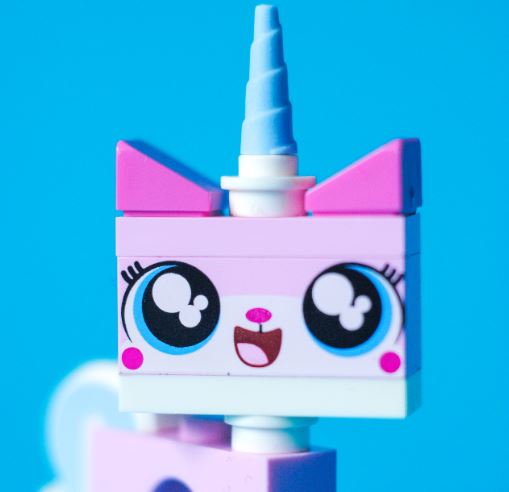 There was certainly an active market in guesses about who would succeed Sergio Ermotti at UBS, but hardly anyone was making a price on Ralph Hamers, until yesterday the CEO of ING.  There are many ways in which this is surprising – Mr Ermotti won’t be serving out a full decade, as expected, the replacement didn’t come from the “deep bench” of internal candidates which UBS claimed to have, and the new chief executive has effectively zero experience of private banking and only a few years of structured products and media finance work, decades in the past, which might be considered relevant to investment banking.  In the circumstances, it would be irresponsible not to speculate about what’s going on.

In and of itself, the lack of direct experience in UBS’ main business lines is not all that outlandish – Tidjane Thiam came to Credit Suisse from a background in life assurance and management consulting, and he didn’t work out too badly.  And Mr Hamers is capable of both holding his own in Davos, and – crucial CEO skill – comparing his company to Amazon and Facebook even when it really isn’t very much like either.  His banking philosophy at ING, according to a recent profile, revolved around recognising that “banking is a secondary need”; people need a house rather than a mortgage, a TV set rather than a credit card.  In the Netherlands, that’s led him to acquire an estate agency and to set up a web shop that’s the biggest distributor of Phillips products in the country.  Perhaps the same template could be applied to private banking – UBS could start making yachts, or selling watches or running a finishing school for the children of billionaires.

More prosaically, Mr Hamers’ recent career experience at ING has involved three things with direct relevance to UBS in the very immediate future – overseeing huge technology projects, cutting lots of jobs and settling painful legacy court cases.  Of these, technology is probably the most important going forward.  Interestingly, ING was a very early adopter indeed of cloud computing, having shifted an entire retail platform onto a private cloud five years ago.  UBS has a fairly differentiated technology strategy, with half of their spend directed at potentially commercialisable projects aimed at competing with fintech.  UBS Chairman Axel Weber apparently approached Mr Hamers several months ago, which is plenty of time to have had ideas about the future direction.

Finally, we’d note that the appointment might generate some culture shock.  UBS will now have a German chair, Dutch CEO and American CFO, just as Credit Suisse goes for the Swiss choice with Thomas Gottstein.  Given that Mr Hamers only earned €1.6m at ING (proposals to give him more than that caused political uproar), there’s plenty of potential for interesting interactions with the locals in Paradeplatz. (Dutch bankers are often described as “down to earth”, “plain-speaking” and other euphemisms for bluntness in their opinions; Swiss bankers … aren’t).  There’s also a generational issue worth taking into account. Mr Hamers is coming up to his 54th birthday; he’s five years younger than Sergio Ermotti. He is about the same age as Sabine Keller-Busse and younger than Tom Naratil, but nine years older than Iqbal Khan, who can therefore still consider himself in the running for the top job when it next becomes available.

Elsewhere, are you “in the zone”?  This state of being, calculated by the “work yoga” program which has apparently recently been installed on computers in the product control department of Barclays’ investment bank, seems to correspond to “doing a lot of work”.  The software seems to measure keystrokes and computer activity, and if it decides you haven’t done enough you get a message telling you to “mute the phone, disable chat/email pop-ups [and] avoid 20+ minute breaks”.

The project is described as a “pilot”, and Barclays claim that “colleagues” are still “free to take whatever breaks they choose”.  But in a people business, it seems like a pretty bad message to be sending out.  For one thing, as Ed Houghton of the Chartered Institute of Personnel and Development points out, Barclays is implicitly suggesting that its product controllers “aren’t trusted to be productive”.  But perhaps more immediately (and this suggests to us that not a huge amount of thought has gone into this implementation of software from an external vendor) the one thing that you shouldn’t be telling a product controller on a busy trading floor to do is to switch their phone off!

Don’t kiss anyone, turn up to meetings on time and beware of “banter”. And try to remember to address someone by their knighthood if they have one.  A guide to business etiquette in London (FT)

Although the overall market is overhung by coronavirus, there are still some big draws in Chinese finance, like the Foresight Fund run by star investor Chen Guangming.  A new mutual fund launch was the most successful ever, attracting $17bn worth of orders in a single day.  About 5% of them would have been successful.  (Bloomberg)

Although Matthew Grounds has repeatedly denied that he’s going to set up a boutique, still less that he wants to take some former employees with him, the rumours won’t go away (mainly because the Australian financial press keeps writing articles about how the rumours won’t go away).  In fact, there are enough recently departed rainmakers in Sydney to make a sort of investment banking supergroup if they all got together (AFR)

“I love my job, but I want more money”.  As well as an excellent title for an autobiography, it’s this week’s “Ask A Manager” question, featuring good advice that the only way to ever get more is to be in a position where your market value is higher. (The Cut)

As the school year ends, expat bankers are asking themselves questions about whether, given all that’s gone on in the last year, they really want to stay in Hong Kong. (Bloomberg)

Cyber security hiring is unlikely to stop being one of the hottest areas; attacks on banks are up and the regulators are focusing on their precautions. (Financial News)

If Michael Bloomberg becomes President, he will sell the eponymous company, which would presumably be the ultimate prestige deal for media investment bankers (FT)