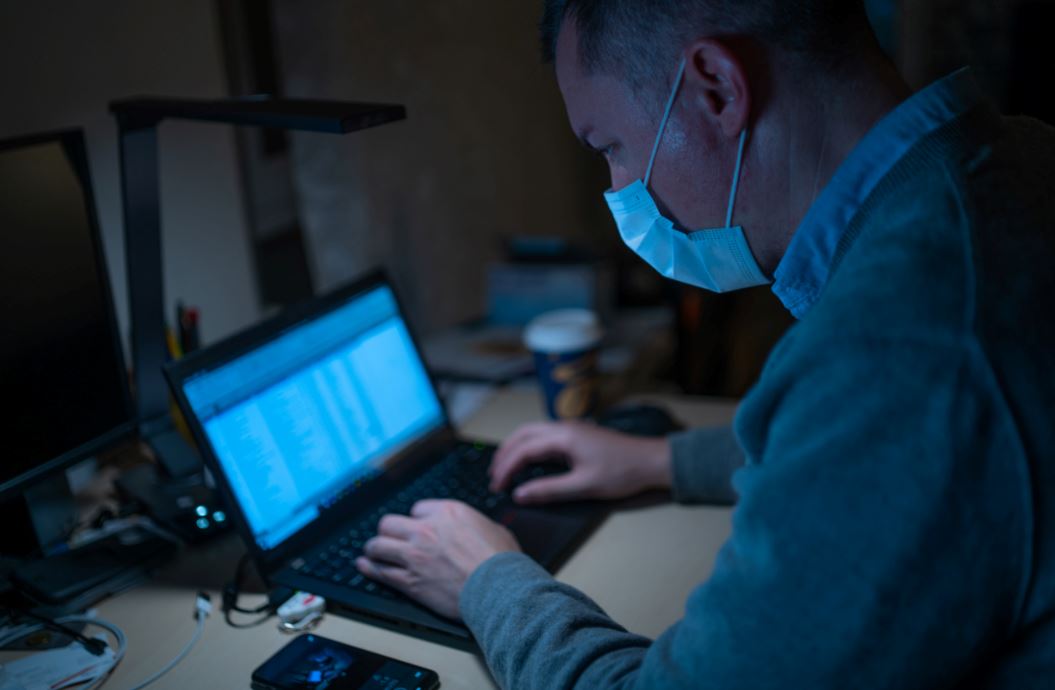 Before the coronavirus, 'wellness' was a big issue in banks. Whether it was 'Talks at Goldman Sachs' or client cycling events at Barclays, the emphasis was on nurturing employees in both body and mind. However, the past few weeks have shown a few holes in banks' claims to be in it for their people. And some have noticed.

"We had a talk from our divisional head this week and it was all about "responsible growth" and "business as usual" and "doing our jobs," says a vice president at a U.S. investment bank. "They've been acting as if the virus is no big deal and all of us here are wondering what the hell is going on."

In public, some banks have struck the right note. Joe Montesano, head of U.S. equities trading at Goldman Sachs said earlier this week that the safety of employees is Goldman's number one concern. "It’s a health before wealth hierarchy of needs” said Montesano. "- The health of our people has been the number one thing.”

In private, however, Goldman employees in New York have been complaining that they've felt compelled to come into the office even though they don't want to. Goldman gave them the option of working from home, but few felt able to take it. "They've just put a load of extra hand sanitizers and signs about," said one. "If you work from home, you risk looking weak, losing out being staffed on deals, and told you're not a team player at year end."

The gripes at Goldman may have been silenced yesterday when the firm split most of its North American and European employees into two groups, half of whom will stay home and half of whom will work in the office in two week rotations. JPMorgan has done the same in New York, although its arrangement excludes some sales and trading staff and the bank says just 25% to 50% of its team members should still be working from home by the end of the month.

Other banks seem to have been slower to adapt. JPMorgan banned non-essential travel in late February but Morgan Stanley only sent that memo yesterday, followed by its own message that non-essential staff could stay home.

Some of the shrillest complaints seem to be coming from Bank of America, which as of last night had yet to split teams and actively encourage homeworking in New York or London, despite the declaration of a state of emergency in NYC by mayor Bill de Blasio on Thursday. It doesn't help that earlier this week, BofA sent a memo saying categorically that New York employees should continue to come into the office.  "It's easy for them to say that when they're sitting somewhere like Jacksonville Florida," complains one New York VP at the bank. "I have to commute in every day on Metro North," he adds, referring to the metro line used by inhabitants of New Rochelle, where the outbreak is most severe. "- Other banks have encouraged employees to work from home and telecommute, but we haven't had that at all."

As a measure of BofA staff's concern insiders say an in-person townhall was sparsely attended earlier this week. Geoff Greener, the bank's head of risk, reportedly held the townhall in an auditorium that usually accommodates hundreds of people. "There were only about 10 people there," says one risk professional. "Everyone else just dialled in."

Bank of America declined to comment for this article, but the bank may be changing its policy today. One insider at the bank says Anne Walker, the New York City market president, sent an email last night saying that a homeworking schedule will be arranged soon.

BofA's London bankers tell us they're waiting for something similar. "There is an incredible amount of frustration here at the lack of action by senior management," says one investment banker in Canary Wharf. "We receive daily emails about the virus but these emails are generic in nature and to date have not provided any view as to how we should change our working pattern or any view as to when any business continuity plans will come into action."

Some BofA insiders say the complaints are unjustified and that the bank is simply following government guidance and is in line with the rest of the market. "I haven’t heard any complaints here. Everyone is happy and pulling together for the company and clients," says one.

Justified or not, however, the worried voices suggest that employees need reassurance and that some are concerned they're not getting it.

It might be in banks' interest to make their staff feel more secure. André Spicer, a professor of organizational behaviour at Cass Business School, says that when people think pathogen levels are high and their health is at risk they tend to become more conservative. "This means people are likely get rid of anything they would see as a risky bet and run for safety – impeding their judgement," he suggests.

Photo by Dimitri Karastelev on Unsplash