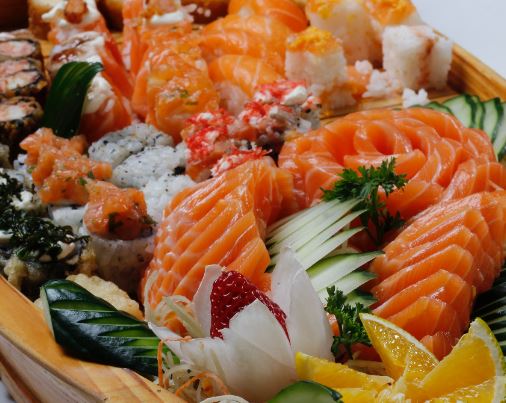 It looks like every bank on the Street is going to need to give a “care package” to its junior analysts – at this stage, not to do so would be tantamount to a profit warning as it would imply you haven’t got enough deals on to overwork them.  The latest bundle is from Moelis & Co. and it seems to have been structured quite carefully to touch the analysts’ pain points.

Moelis' care package isn't particularly generous in terms of either protected time or cash.  The “pencils down” period only lasts from Friday evening until Saturday at noon.  While Credit Suisse paid out “lifestyle bonuses” of $20k to juniors, Moelis & Co. is paying a total of $10k ($5k up front and two more installments of $2.5k to come). Moelis is, however, being more generous with meal stipends, which have been doubled to $60 per meal to allow for weekend feasting. There are also limits on the size of pitchbooks for non-live deals and an agreement that seniors will sign-off pitchbook shells before any work is actually done to avoid wasting analyst time.

Moelis is encouraging its analysts to spend their monetary windfalls on “improving their mental health”, but are apparently being realistic about what that means. There are no actual restrictions – you can buy a Rolex or spend it on booze if you like, to wash down the extra food you buy at the weekend.  After all, as the hippy psychiatrist RD Laing pointed out, money itself is the only antidepressant that tries to treat the underlying cause rather than the symptoms.

In this case, Laing might be onto something more than a flippant joke.  The point of the $10k bonus isn’t really to suggest that money can actually buy happiness.  It’s that management have correctly identified that the juniors’ real problem is that they feel that nobody respects or values them.  The money is there to underline that they’re taking it seriously; the real medicine in the package is in the little touches.

You can pick this up from the Wall Street Oasis thread where, unusually, the forum posters are saying that they quite like Moelis' effort, rather than ripping it to shreds.  Particularly welcome is a policy that Moelis will turn off the option that allows managers to see if you’re online or offline on Skype, something which was apparently causing a lot of existential dread.

Touches like this, which show that the package was put together by the senior bankers themselves rather than HR departments, are bound to be valued.  Moelis is a firm that’s notorious for a long-hours culture (as recently as 2018, a banker there was lambasting juniors for going home at 1230am), so it’s unlikely to be the work or the hours themselves that have suddenly caused a revolt.  People can stand the most horrific privations if they have esprit de corps and believe that they’re working together on a valuable project – they just need to feel that their time isn’t being wasted.

Elsewhere, when Credit Suisse is in trouble, people eventually end up looking to David Herro.  The Chief Investment Officer of Harris Associates is one of the largest shareholders, and has been involved with the bank for longer than many of its top management.  When he refers to the current run of bad luck as a “wake-up call to expedite the cultural change that is needed in this company”, it ought to make people nervous.  He says that “at this stage” he isn’t at the point of selling the stock, but would re-examine that decision if change wasn’t delivered.

Thomas Gottstein isn’t in the sights yet however. Herro isn’t shy about naming who he blames the most: Urs Rohner, the outgoing chairman “has been on top of this organization for 10 years and presided over this” and “I only wish the board would have acted sooner in removing him”.  Interestingly, though, Herro’s main issue with Rohner appears to be that he didn’t stand up for Tidjane Thiam (and more controversially, Pierre-Olivier Bouée) in Spygate.  That might close off a few potential avenues for anyone hoping to pin the blame for Greensill on past management.

In response to a question about the perennial question of Swiss banking, Mr Herro said that “one has to ask oneself whether there is something that can be done to add critical mass” with a CS/UBS merger.  For CS staff, losing the confidence of Herro in the bank’s standalone future wouldn’t be quite as bad as losing the Qatari sovereign fund, but it’s still something to be feared.

Deliveroo’s customers might “leave money on the table” but the IPO bankers certainly didn’t – the biggest UK IPO of the year so far has crashed 30% on the first day of trading.  Bad news for any junior bankers who were telling themselves that a successful deal would make it all worthwhile, although the fees have still been paid. (Financial News)

PwC has decided that it wants to plan things so that it doesn’t “lose the best bits of these new ways of working when the economy opens up again”, and so as well as flexible working, it’s decided that since very few clients have their year-end crunch in July and August, the staff might as well get Fridays off. (Bloomberg)

The word “survivor” hardly seems adequate to pay tribute to Stuart Lewis, who’s leaving Deutsche Bank at the next AGM.  Twenty-five years at the same bank, Chief Risk Officer since 2012 (serving under five different CEOs) – for an admittedly small and specialized audience of banking nerds, his memoirs could make a Netflix miniseries. (WSJ)

Meanwhile, Deutsche really does seem to be on the front foot in sales & trading.  They’ve hired Sebastian Pearce, a 14 year veteran of JP Morgan, to be head of European credit trading, something that doesn’t usually happen unless you’re able to offer a thriving franchise, lots of money or both.  It's also noticeable that it seems Mr Pearce will be based out of London. (Bloomberg)

UBS staff are apparently grumbling about having to use their own devices to work from home. (Inside Paradeplatz)

If you are horrified by the idea of a real-life equivalent of r/WallStreetBets, then at least new Japanese bar “Stock Pickers” will sell you a strong cocktail to take the edge off it, as you eavesdrop on retail punters discussing the latest financial memes.  Make mine a Negroni, short and bitter. (Bloomberg)

Photo by Giovanna Gomes on Unsplash