Morning Coffee: The 25 year-old gamers earning more than top bankers. A new source of burnout for bankers who leave the industry 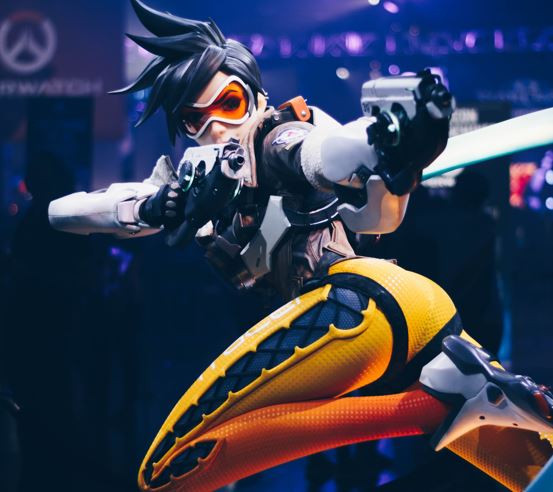 As anyone with adolescent male children will be aware, it is possible to get paid millions of dollars a year to play video games.  A data leak from Twitch, the streaming site, has now made parental efforts to persuade teenagers to become bankers or lawyers instead of professional gamers that bit harder.

The leak reveals that Twitch paid more than $1m (ten times the salary of a first year analyst ) to 81 separate gamers in the past two years. These were not people working 100 hour weeks while wearing corporate casual. They included people known as “MOONMOON”, “TimTheTatman” and “CohhCarnage,” whose big talents are playing Fortnite and Overwatch or talking over Dungeon and Dragons sessions. Their earnings directly from Twitch are likely to be an underestimate, as most professional gamers also have merch sales, YouTube channels and “external donations” (which seems like it might be a euphemism for gambling).

The case for continuing to spend time studying for exams rather than spending 18,000 hours becoming a high ranking player on Overwatch can still be made.  According to the Twitch website, there are two million Twitch streamers in total, and 27,000 members of their “Partner Program”.  So the entire “top tier” of gamers is significantly less than the total employees of Goldman Sachs or Credit Suisse.  And even in this tier, it seems like very few of them are earning banker salaries – Deutsche Bank alone has eight times as many people in the >€1m category.  And professional video gaming seems to have even worse diversity statistics than investment banking.

Separately, they say that the grass always looks greener on the other side, and plenty of investment bankers and hedge fund managers have decided over the last few years that they would leave the industry and move into fintech.  Not so much regulation, not so many aggressive personalities and finally you can tell people what you do at dinner parties without being berated for it.  Right?  Perhaps less than one might hope.

Brian Armstrong, the CEO of Coinbase, has done well for himself financially by any reasonable assessment – although his company’s stock has traded down since its flotation in April, his founder’s stake is worth about $10bn, which puts him in the Ken Griffin or Steve Cohen league of wealth.  But is he happy about it?  Seemingly not.  In a Twitter thread yesterday with a distinctly aggrieved tone, he warned the general public that “as companies get to be more successful, the number of attacks from press, politicians, and trolls on CEOs (and rounds of congressional testimony) makes the job not fun, and they leave from burn out”.  He doesn’t specifically say that he’s feeling this way himself, but given his recent bruising encounter with the SEC, it’s hard to believe he’s really just talking about “Gates, Page, Bezos” and the like.

In many ways, this is a good sign for the financial industry.  These days, it’s the technology industry that are the popular villains, and Facebook has more whistleblowers than Deutsche Bank.  Technology and fintech professionals who are wary of being pariahs could learn a few lessons from bankers. After all, they  know better than anyone that there are very few careers which will bring you both widespread popularity and lots of money.  As the philosopher said, true wisdom is the ability to be happy with what you’ve got, particularly if that’s ten billion dollars.

Many burned out and disillusioned young investment bankers are deciding to make a switch to … private equity?  As a way of avoiding overwork and finding a more meaningful career, being a PE associate seems like it might have drawbacks.  Nevertheless, buyout firms have had to raise salaries to match the banks, if only to avoid the awkwardness of asking their recruits to take a pay cut.  (Financial News)

Every year, technological progress advances in making the cash equities industry a little bit more insufferable.  An application has been put in to the SEC by a startup called 24Exchange to allow trading in US stocks around the clock; now there’s no reason that the morning meeting can’t be at 5am. (WSJ)

Lule Demmissie of eToro seems to be handling the pressures of fintech with a bit more equanimity and cheerfulness than Brian Armstrong.  She’s working from home two days a week for the Israeli brokerage’s crypto-focused US operation and says “good regulation is a win-win for everyone … we’re not scared” (Bloomberg)

ARK Investments is moving to Florida, so a few equities salespeople will either be relocating to Wall Street South or getting used to the snowbird plane. (WSJ)

An interview with Jan Olsson, the Nordic regional CEO for Deutsche Bank, confirms that it’s been a strong market there too, and that Deutsche will be “selectively hiring, but also putting capital and balance sheet behind the right type of opportunities”. (Bloomberg)

“Wine Bankers & Co, a boutique investment bank based in Paris and specialising in vineyards” sounds like a placeholder inserted by a lazy screenwriter.  In fact, not only are they a real bank, they’re having a fantastic year as everyone wants a piece of Bordeaux.  Including a couple of SPACs that were originally intending to buy cannabis companies. (WSJ)