Listen and be brave. This is how State Street impacts my career and future as a woman in finance 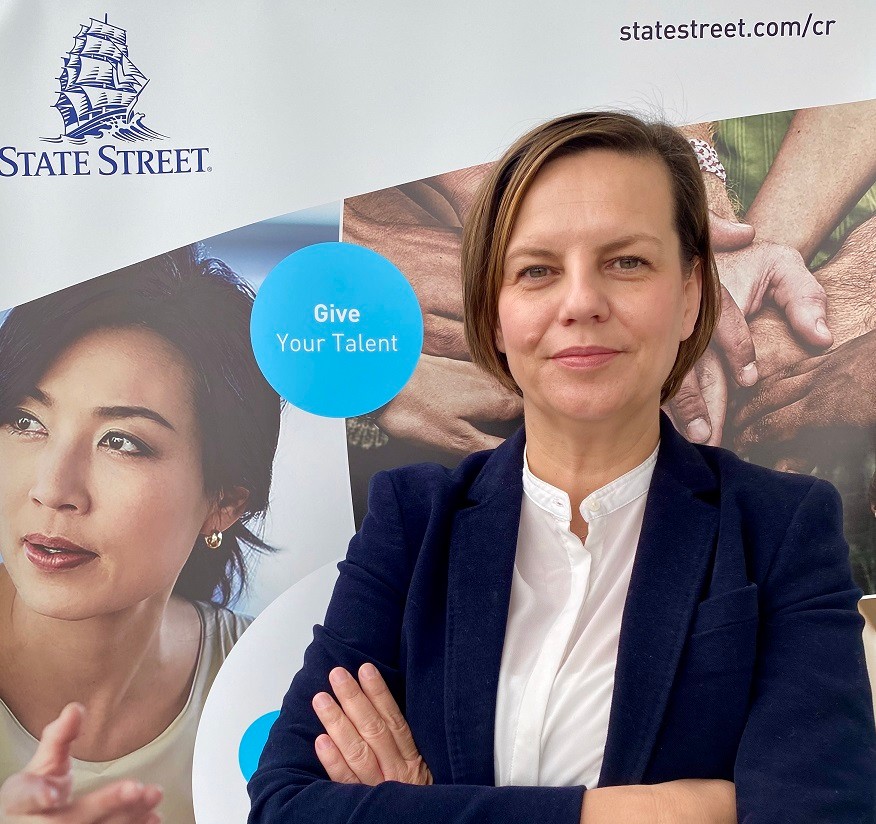 With her hands on her hips, chin up, ponytail swishing and her face defiantly staring down Wall Street's iconic Charging Bull statue, Fearless Girl’s impact was immediate, powerful and global.

On International Women’s Day 2017, State Street Global Advisors installed the Fearless Girl statue in the heart of New York’s financial district to spark a conversation about the power and potential of women in leadership.

Backed by research showing that companies with women in senior leadership outperform those without, State Street Global Advisors also called on companies in their investment portfolio to increase gender diversity on their boards.

From New York to London, Paris to Tokyo and beyond, the conversation around gender and diversity in the boardroom was ignited around the world.

“When the Fearless Girl statue was unveiled in 2017, I felt inspired and hopeful that State Street’s latest contribution to gender equality would be recognized as a symbol for all the hardworking women in finance.” says Ilksel Sabanoglu, Vice President, Key Account Management at State Street Bank International talking from Munich.

Since launching the Fearless Girl campaign, State Street Global Advisors has called on 1,463 companies around the globe in the US, UK, Australia, Japan, Canada, continental Europe, Hong Kong and Singapore with no women on their boards to take action.

789 of those companies have added a female director to their board and two more companies committed to doing so in the near term.

“We’ve also set internal goals to increase the number of women and also people of colour within our senior leadership ranks. The company is creating an environment where people of all backgrounds and experiences can succeed” says Sabanoglu.

“State Street truly believes that all levels of the organisation should reflect the best talent available in the communities within which we work.”

Sabanoglu has been with the company for 20 years and she is pleased to see that the conversation around women in finance has gained significant momentum since she began. Her team, she says, working on key client relationships, has always had an equal number of women to men ratio. “I’ve always felt like an equal and valued employee,” she says. “I think that is one of the reasons I stayed at State Street for so long, as it ensures all employees across the globe feel that their identities and experiences are represented, embraced and celebrated.”

Sabanoglu is conscious to pass along her support to colleagues, particularly those at the early stages of their career. Talking about the industry as a whole, “when you look at the numbers of recruits for junior roles there are an equal number of women as there are men, if not more,” she says. “I think senior women need to take part in mentorship programmes and make sure the next generation has more opportunities to succeed.”

One way she does this is via State Street’s global employee networks, which bring together employees united around a common goal to create career and cultural opportunities for members. There are over 24 of these networks including the Professional Women's Network, Flexible work, Disability Awareness Alliance, Pride & Ally and Black Professionals Group just to name a few.

That’s not to say it’s the prerogative of women to wait for companies to create opportunities and offer promotions. Sabanoglu explains to reach higher ranks women should claim and express self-confidence. “Women need to support themselves; we need to be braver,” she says. “Men read a job description and say, ‘I can learn to do that,’ and they apply. Women say, ‘I can’t do that.’ You have to raise your hand and say something; ‘yes, I am interested’ at every possible opportunity.”

The relationship team serves a diverse set of clients including asset managers, official institutions, insurance companies and global pension funds. As vice president, Sabanoglu plans a strategic overview of her client relationships to ensure each client is happy and they are informed of the latest trends and regulatory developments.

It’s no coincidence that many of Sabanoglu’s closest colleagues have worked alongside her at State Street since she began working there. Similarly, many of her ongoing client relationships are a decade long. Sabanoglu’s approach is simple in theory: just listen. “For any kind of relationship role, being a good listener is the biggest, the most important skill,” she says.

“Clients don’t blame you if you don't know everything but asking questions and finding out about their daily responsibilities, their problems and what keeps them awake at night has helped my entire career.”

Half a century strong

While State Street is now the second-oldest operating bank in the United States, 2020 marks its 50th anniversary in Europe, Middle East and Africa. In 1970 the company opened its first international office in Munich, selected for its proximity to all major cities in Central Europe.

Today, there are offices in 13 countries across Europe including Germany, Austria, Luxembourg, Italy, Ireland, Switzerland, Poland, and the UK, and the company employs more than 12,000 employees across EMEA.

State Street in Europe offers services that span the investment spectrum, including investment servicing, investment research and trading, and investment management; all representing a significant portion of the company’s revenue.

“Custodian banks are not going anywhere,” says Sabanoglu. “While some operational roles may be outsourced, you’ll always need the human touch. We’re looking forward to the next 50 years.”

With fearless women making inroads in finance such as Sabanoglu, we all are.

Ready to make your mark? Learn more about career opportunities in finance and technology at State Street here.