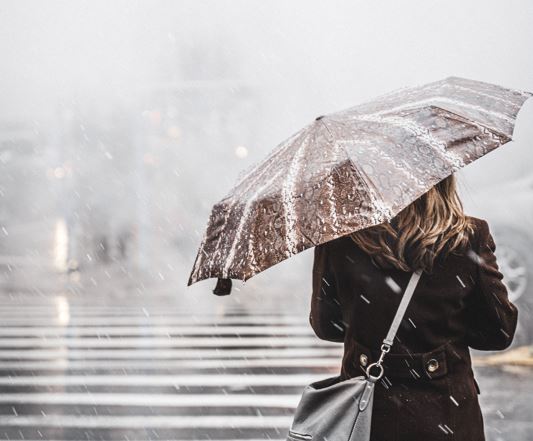 One of the most exhilarating things an equity analyst can do is to downgrade a strongly performing stock during a bull market.  Everyone knows that bull markets end and good times don’t last forever, but calling the top is notoriously difficult.  For a while after the recommendation, you’re in a state of glorious uncertainty – perhaps you’re going to be famous as the boy who shouted that the Emperor has no clothes, or perhaps you were too early and you’ve ended up showing your own bare posterior.  The adrenaline rush is even more profound for financials analysts making the call on competitor firms – and potential future employers – in their own industry.  So congratulations to Ebrahim Poonawala of Bank of America, who will be experiencing emotions that few get to feel in the sales and trading business – he downgraded Goldman Sachs from Buy to Neutral yesterday.

In doing so, Poonawala might be doing Goldman Sachs a favour in the week before it announces its bonuses. - Maybe Goldman shouldn't be increasing its bonuses by 40%-50% after all. If you work for Goldman and your bonus doesn't hit this target, it's nothing personal - it's just caution in the face of what might be a more difficult year.

Looking at the summary of Poonawala’s note, he doesn’t seem to have anything particularly bad to say about Goldman or its business model.  It’s just a straightforward trees-don’t-grow-to-the-sky valuation call, pointing out that Goldman is heavily dependent on IPO and M&A activity along with trading revenues, diversification into retail and asset management is several years in the future, and that once you’ve had a couple of record years on the run, it gets harder and harder to keep up the same growth rate.

Which is … pretty hard to deny, although people who have lived through a few investment banking cycles will remember that both good times and bad times have a habit of lasting much longer than you would think possible.  Right now, the pipelines are still full, bankers have more deals than they can humanely staff and although there are some signs of nervousness in the markets and bitcoin is off its highs, there’s no particular reason to look for bad news.

And it has to be remembered that Ebrahim Poonawala, like any stockpicker, is playing a game of expectations.  If the market were to develop such that Goldman Sachs saw a ten per cent decline in revenues, his stock call would quite possibly turn out to be right.  But, as has been pointed out, a revenue environment 90% as good as 2021 would still be a very good year and banks would still need to pay handsomely in the coming bonus round to retain staff. So we might as well start the New Year as optimists.  Even Ebrahim Poonawala is still happy to have a Buy recommendation on Morgan Stanley.

Elsewhere, as Paris becomes the trading capital of post-Brexit Europe, clients are beginning to appear alongside the banks which have established hubs there.  After hiring Bruno Benoit from SocGen, Millennium has taken a lease on some office space with room for 100 employees, underlining the ambitions which have been apparent since last year.  If Millennium move quickly to fill up their new building, they could end up being bigger in town than Citadel, which has also been building up its local presence.

This direct comparison is actually more important than just bragging rights.  Trading desks are organised geographically, and local heads of trading are always keenly aware of who is the biggest commission payer in town.  If we assume that the Paris offices of the hedge funds are likely to be speaking mainly to the Paris offices of the big banks, then the question of which bank has the most staff and the most assets is likely to determine who gets the first call from the sell side and who gets the second.  In many contexts, that distinction can show up as a small but sustainable edge.

As hedge funds grow in Paris, the dynamic therefore becomes reinforcing. - There's an incentive for the big banks to grow too. There’s also a ready labour pool.  Since hedge funds in France are, unlike banks, not covered by remuneration caps, we could see quite a lot of activity as top-rated traders move from banks.

There’s “old school” and then there’s Richard “Rip” Hale, a recently retired and very successful wirehouse broker at Morgan Stanley.  According to his friends, “once he believes he’s right, he’s just going to eat through the dashboard to get to the engine”.  But according to the arbitrator in his case against his employer, “he strongly believes in a company culture and style that probably no longer exists in a highly regulated environment”. He’s suing the company over the emotional distress caused by being disinvited from a luxury “Chairman’s Club” junket after alleged “verbal aggression” to a manager. (Advisor Hub)

A recruitment drive has launched for what’s arguably the worst corporate culture in banking; the notoriously miserable Financial Conduct Agency is encouraging staff to sign up to be “ambassadors” to promote its vacancies. (Financial News)

A few years ago, some adventurous quants noticed that arbitrages and strategies which had lost their edge in conventional markets were still available in cryptocurrency and set up operations like Dexterity Capital, “the biggest and baddest prop trading company in the world” according to its CEO. Now the big banks are beginning to take an interest. (FT)

Larry Fink has an unusual problem – he’s just too powerful.  BlackRock wants to encourage American companies to be more ethical and sustainable, but when it threatens to use the weight of its massive shareholdings, people start to complain. (WSJ)

A few glasses of Apfelwein might be raised in Frankfurt as the year end Dealogic figures show that Deutsche Bank is once more at the top of the league table for fees in its home market. (Financial News)

Rather than using mandates or threats, Bank of America is playing on its employees’ heartstrings – for every banker that gets fully vaccinated and boosted, the company will donate $100 to charities including local foodbanks. (Bloomberg)

Photo by Lerone Pieters on Unsplash