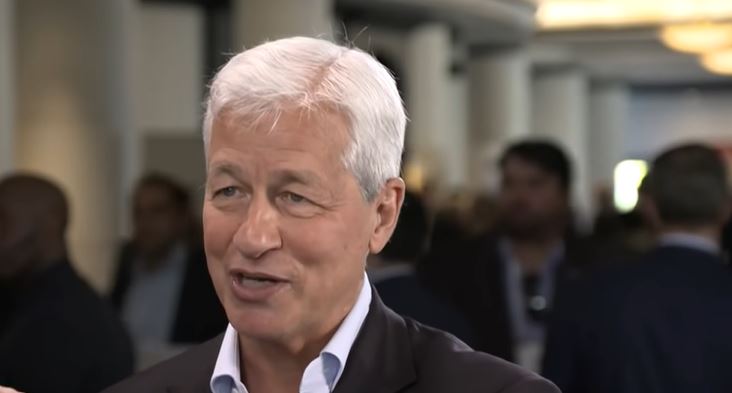 After all he’s done for them, Jamie Dimon must be feeling the sting of ingratitude from his shareholders. Yesterday, they voted against the company in a “say on pay” resolution at the AGM.  These resolutions are non-binding and refer to decisions already taken in the previous year, but it’s embarrassing and JPM says that they take the feedback “very seriously.  From a neutral point of view, though, it might be argued that the proxy advisors who recommended the vote against the remuneration report have been a bit unfair.

The negative feelings about JPMorgan's compensation allocations mostly focus on a one-off bonus potentially worth nearly $53m over a 10-year period that was given to Dimon last year. Without this, Dimon's bonus would have been worth $33.5m for 2021.

This was a pretty good deal. As the chart below, taken from JPMorgan's proxy statement shows, by some measures Jamie is very underpaid. If his share of JPMorgan's profits equalled the 0.37% share given to the CEO of American Express between 2018 and 2020, Dimon would have earned $177m last year.

Even ignoring his stewardship of their cash through the global financial crisis, it might therefore be argued that JPMorgan shareholders have been getting a pretty good deal out of Jamie Dimon. You could triple his pay and he’d still take home a lower share than some of his peers.

Last year was the year in which the board decided to do something to redress the balance.  The focus of the proxy advisors’ complaints was the award of that one off bonus comprised of restricted stock options. But … those options aren’t cash.  Although the valuation formula used to justify the $53m figure is likely to be the market standard, the fact is that they don’t vest for five years, aren’t tradeable, turn into stock that can’t be sold for ten years from the date of issue, and only give Dimon any value if the JPM share price is higher than $148.73.

That’s 21% higher than yesterday’s close.  So effectively, the shareholders were saying by their votes yesterday, that they’d been offered a bargain in which they would get at least $79bn in market capitalization before Jamie got anything, and they thought it wasn’t generous enough.

Put it this way – it would be a lot easier for Jamie Dimon to find some new shareholders than for the shareholders to find a new Jamie Dimon.  The options award was specifically granted last year because the board wanted to retain him (and to retain Dan Pinto, whose option grants were also objected to).

The banking industry is full of disastrous succession planning stories, most of which destroyed so much value as to make the JPM management compensation package look like small change.  And in order to collect his money, Jamie has to stay on and facilitate a smooth transition (or, possibly, activate the seemingly tightly worded “Government Office” clause).

Given the track record, and the value at stake, the JPM board would do well to keep in mind the Biblical advice of Timothy 5:18 (“Do not muzzle the ox that is treading out the grain, and the laborer is worthy of his hire”).  Or alternatively, the wisdom of Samuel Goldwyn, who first said “we’re overpaying him, but he’s worth it".

Elsewhere, it seems that Omar Alami has won his case in the Paris employment court and will get $1.7m in compensation.  He was the derivatives salesman who was accused of belittling a colleague as “useless” and treating others in a manner described as “emotional terrorism” and “like being waterboarded”.  He denied the allegations, suggesting that although he might have been a bit “lively”, he’d never crossed the line into “insulting or humiliating”.

The court won’t print its detailed findings for a few weeks, so we still don’t know what the judges’ verdict was on the facts of the case.  Mr Alami seemed to make a lot of the fact that the allegations about his behaviour were anonymous and therefore hard to refute; his lawyer has said that they were brought “without any proof” and that the lawsuit “clears his name”.  BNP Paribas are considering an appeal.

A useful tip if you’re ever under intense questioning from the SEC and they’re confronting you with proof that the story you cooked up was a lie.  It might seem like a good idea to take a “restroom break” and then not come back. (Bloomberg)

“I love each and every one of you, but there is going to be significant downsizing”.  Kristy Williams Fercho of Wells Fargo appears to have done her best, but there are some messages that you really can’t sugar-coat. (Business Insider)

… but on the other hand, there will be legit shamans at the “Medical Psychedelic House of Davos”.  They say there will be “absolutely no drugs on site”, but it can’t hurt to ask nicely. (Bloomberg)

She last crossed the awareness of the financial community by tweeting something rude about the Parliamentary inquiry into her father, but Nell Diamond has now made millions out of a fashion business selling pajama-dresses you can also sleep in. Perhaps she’ll launch an office wear collection for junior associates? (Daily Mail)

Neel Somani was a quant researcher at Citadel, but he believed in the future of web3, so he took a massive pay cut to work as a developer for Terra.  A month later, the stablecoin imploded.  Reading between the lines, he must have been a pretty good quant, because he’s treating the experience with the kind of good humour and continued enthusiasm that suggests someone who still has plenty of money. (DisruptionBanking)

Stories about how private equity firms treat the employees of portfolio companies are usually pretty harrowing, but here’s a happy exception – workers at a company that makes garage doors are getting an average payout of $175,000 each, as KKR celebrates a particularly successful exit and they share in an employee equity scheme. (Private Equity International)