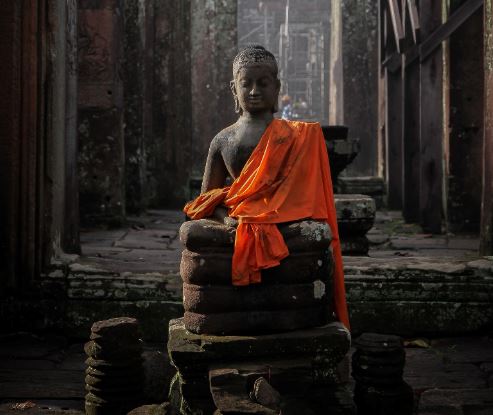 Michael Sloyer knows a thing or two about the psychological frailties of people on trading floors. He spent nearly 11 years as an equity derivatives trader at Goldman Sachs, first in New York, then in Hong Kong and then in Toyko. In May 2019, he left to join a leadership developing and coaching organization called Upbuild founded by two former monks in a NYC monastery. From this vantage point, Sloyer has been reflecting on the mindset that gets people into trading – and keeps them there.

In a Medium post, Sloyer says that he was attracted to trading by a need to be successful and a need to be needed. “Being a trader at an investment bank, where salespeople relied on me to make prices for their clients and my bosses relied on me to generate revenue by trading (during a time when you didn’t need a PhD in rocket science to be a successful trader), allowed me to get both.”

Working as a trader makes you feel alive, says Sloyer. By 9.30am, when most people are only starting at work, you can already have executed trades that have the potential to win or lose the bank millions of dollars. On an open plan trading floor everyone is aware of your success. It’s energizing and it's validating.

However, Sloyer says he was also trapped by this need for validation. Despite his outer confidence, he also had a lot of shame. “Regardless of any positive feedback or promotions I received over the years, I felt like an imposter. I felt like I had tricked my bosses and co-workers into thinking that I was a lot more competent than I was,” he reveals. He didn’t actually understand the Black Scholes formula. He felt like a hypocrite: “There was one particular example when I remember getting upset with interns because they didn’t understand the same important formula that I didn’t understand.” He judged people for being greedy, materialistic and self-promoting, but knew he was just as bad.

Sloyer says he also felt shame due to money anxiety. “I feared that not having enough would lead to less peace of mind, and even when I had enough, I still worried about it and thus never really had that peace of mind that the money was supposed to solve in the first place.

And he felt shame for being angry. “I would sometimes lose my sh*t when things didn’t go my way,” Sloyer admits.

Sloyer suggests this generated all kinds of emotions. He was unable to express vulnerability. He hypocritically judged people so that his ego could see itself as different from others with the same undesirable characteristics it possessed.

However, he says his definition of extraordinary was based on getting recognition and being liked by others. “I believed most everything that I had was mine… I believed I was where I was mostly because of my hard work… I believed I could figure out pretty much anything on my own, and.. I was at the center of my universe. “

As a coach who works with clients in the finance and technology sectors, Sloyer says this is the opposite of the humility he now encourages and speaks with his clients about. Quoting American Trappist monk and theologian Thomas Merton, "real humility comes when we actually realize how much validation we need.” Humility comes when we can truly experience our own shame and suffering that results from looking externally for our sense of self-worth. And real humility is a paradox because as soon as we start thinking “hey I’m getting good at this humility thing, by definition, we are no longer humble.”

Photo by Vince Gx on Unsplash