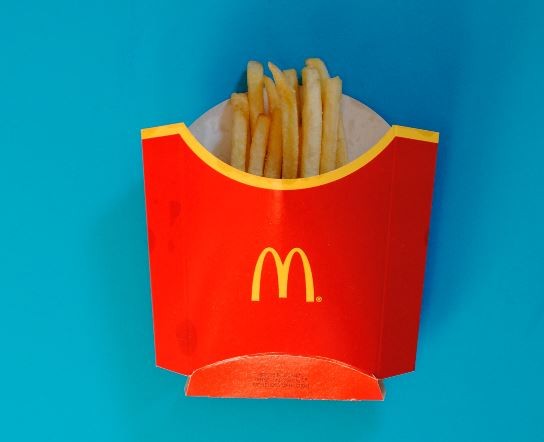 Cambridge University student Richard Lu looks like a pretty hot catch. Lu, who is studying an MPhil in real estate finance at Wolfson College, Cambridge, after achieving a first class degree in economics from the University of Manchester, is one of Goldman Sachs' incoming summer interns. He will be working for the firm's global investment research team in London this summer, after previously completing a year-long placement year as a controller in the fixed income division.  At university, he founded a finance society, set up a start-up and completed multiple mini-internships and spring weeks.

Lu, however, is no stranger to rejection. After his Goldman placement year, he spent time working at his local McDonalds - for free. Lu volunteered as a cleaner and cashier at the restaurant after they rejected him, repeatedly.

"It was in the summer of 2019, after I had just completed my placement," says Lu. "I was rejected two years in a row for a part-time crew member role, I decided to go work there for free!"

While most people volunteer for a more worthy cause, Lu said he offered his services as a menial McDonalds worker because he was "curious." - "I think my mindset at the time was to try everything and anything... even just working as a normal cashier/cleaner at McDonald's, I was really curious what it was like... so I did it," he says.

After his year's placement at Goldman, Lu says he appreciated the opportunity to experience a different kind of job. "I was always open to new things and challenges, but this was a good refresher."

Lu says his time as a volunteer taught him how to work with different sorts of people as colleagues and customers. "I learned to deal with all sorts of people, even the drunkards at 3am..."

Friends say he has a reputation for mentoring other students at university, so Lu's diversity of experience will presumably better equip him to offer advice and work with people who haven't completed two internships at Goldman Sachs, and interned in private equity, venture capital and the UK civil service... However, it may also make him a prime candidate for fetching coffees on Goldman's research desk this summer.